Jesus on Murder of Innocent People 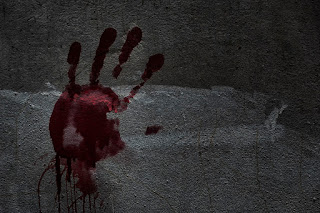 Jesus said, “You are of your father the devil, and your will is to do your father’s desires. He was a murderer from the beginning, and does not stand in the truth, because there is no truth in him. When he lies, he speaks out of his own character, for he is a liar and the father of lies.” - John 8:44

Jesus said this to religious people that claimed to do and know God’s will and that God was their Father. However, these people wanted to kill Jesus. It was not God’s will to commit murder, “You shall not murder.” - Exodus 20:13. These religious leaders and their supporters knew murder was against God’s will.

Jesus calls them out. Since Jesus was an innocent man and they wanted to kill him unjustly it was no longer a question of them wanting to do God’s will but Satans will. If they claimed to be following God’s will then their God was Satan or the Devil. Wow! Jesus didn’t mince words. He didn’t put up with people that claimed to know and follow God’s will but were in truth leading people away from God’s will and into Satan’s way.

Today we have religious people advocating and supporting the murder of innocent people. People that claim to follow Jesus and desire to do God’s will in one breath then in their next breath support the murder of innocent unborn image bearers of God. They support these murders by supporting people that approve of and advocate for aborting children in the womb, partial breath abortion, allowing babies that survive an abortion attempt to die outside the womb, giving money for this murder and strengthening the laws and putting judges in place to keep this murdering practice going.

Supporting murder is not God’s will but the Devils will unless your God is Satan.