Does the New Testament support the belief that the USA is a Christian Nation? 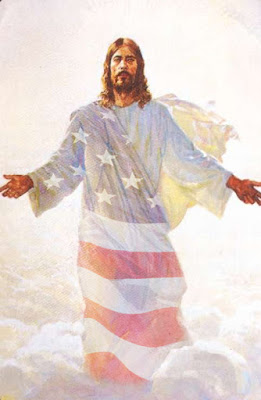 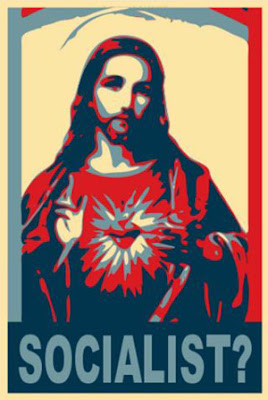 Jesus said, “My kingdom is not of this world. If it were, my servants would fight to prevent my arrest by the Jews. But now my kingdom is from another place.” John 18:36 (NIV)

The other day a Christian told me that the civil war of the United States was God’s will. And his justification for his belief was the abolition of slavery. I asked him if he believed that Christians existed in both the North and the South. He said he did. I also ask him, to be a Christian you are a follower of Jesus Christ, as it is revealed to us in the New Testament. He said he did. Then I asked him if he believed, as followers of Jesus Christ, He wanted brothers in Christ to take up rifles and shot other brothers in Christ dead to advance the kingdoms of men or His kingdom?

Colossians 3:17 (NIV) [17] And whatever you do, whether in word or deed, do it all in the name of the Lord Jesus, giving thanks to God the Father through him.

Christians in America today are taking sides in the politics of its nation. Turning the church into a battle ground for the kingdoms of man. Authentic Christianity must exist in all the nations of the world as independent from the influences of national worldly values.

Rev. 7:[9] After this I looked and there before me was a great multitude that no one could count, from every nation, tribe, people and language,  standing before the throne and in front of the Lamb. They were wearing white robes and were holding palm branches in their hands. [10] And they cried out in a loud voice:
“Salvation belongs to our God,
who sits on the throne,
and to the Lamb.”

Wasn't England a Christian nation during the time of the revolutionary war? Christianity was its official religion. Christians there would have thought so. Germans Christians before WWII thought they lived in a Christian nation because of what God did through Martin Luther. However this kind of thinking, though sincere, was unbiblical. Because there is only one Christian nation mentioned in the bible and that is the universal body of Christ. It is all those who are truly born again followers of Jesus Christ.

1 Peter 2:9 (NIV) But you are a chosen people, a royal priesthood, a holy nation, a people belonging to God, that you may declare the praises of him who called you out of darkness into his wonderful light.

If I’m and evangelical Christian, in the USA, I’m automatically put into the Republican Party camp. I don’t want to be there. I like being an evangelical Christian. I don’t want the stain of human politics on me as a follower of Jesus or on the message of the gospel of the kingdom of God, when I want to share Jesus with believers and non-believers alike. Christians leaders in America won’t teach that view. My suspicion is because they serve money, power and vanity. There Sunday morning services would empty, with the exception of a few. If they really preach what the New Testament teaches about, “How would Jesus live his life if he were walking among us as he did during His earthly ministry years?”

There are those that justify killing for the nation of the world in the name of Jesus by quoting scriptures like 2 Timothy 3:16 (NIV)  All Scripture is God-breathed and is useful for teaching, rebuking, correcting and training in righteousness. When they quote this verse they suggest that since God in the OT told the Israelite's to go to war therefore, God would still be OK for those that are followers of Jesus Christ to go to war for the kingdoms of man if that nation declares it a just cause. However, they forget that the Old Covenant no longer applies to New Covenant people, that God chosen people are not people of a certain ethnic heritage anymore, that the Ten Commandments are not what we live by as followers of Jesus Christ but by the Spirit. It's the context that counts not our preconceived ideas as to how we apply scripture to our walk with Jesus.

When I look, listen and read about American Christianity today, the picture that is painted for me is a church that has become so politically party minded that it has become gospel impotent. Jesus didn't come to prop up the Roman Empire or restore the Nation of Israel. He didn't send the disciples out to make the Roman Empire into a Christian Empire. He came to invite all peoples into His kingdom. The United States is not a Christian nation. The USA does not live by or follow Jesus. Individuals do. The body of Christ does. As the true Church we must live within all the nations of the world. We are called to be about the politics of Jesus not mankind. We are ambassador of Christ not the nations we live in. Jesus is enough of an obstacle to the world. Why put another one in the way of people needing to hear the gospel of God's kingdom? If someone is a republican and wants to share Jesus with a non-believing Democrat and the democrat knows that this person is an evangelical republican do you suppose that a barrier would be put up between these two people? If the answer is yes, then a person must ask themselves, “Is being identified with a political party more important to me then this persons soul. Why put up an unnecessary barrier, all for the desire to want to espouse some political view and then mix Jesus into that view?" All that we do is create a Jesus in the image of our patriotism. And the Jesus of the Bible fades away.

Romans 12:17-21 (NIV)
[17] Do not repay anyone evil for evil. Be careful to do what is right in the eyes of everybody. [18] If it is possible, as far as it depends on you, live at peace with everyone. [19] Do not take revenge, my friends, but leave room for God's wrath, for it is written: “It is mine to avenge; I will repay,” says the Lord. [20] On the contrary:
“If your enemy is hungry, feed him;
if he is thirsty, give him something to drink.
In doing this, you will heap burning coals on his head.”

[21] Do not be overcome by evil, but overcome evil with good.

In 1549, by the request of a fugitive Samurai warrior named Anjiro, Francis Xavier sailed to Japan to plant a church. He was very successful, and it was said of these converts that they were very zealous.

Interestingly, when Francis Xavier asked Anjiro if he thought Japan would receive Christianity, he replied, “They would not do so immediately, but would first ask you many questions and see what you knew. Above all, they would want to see whether your life corresponded with your teaching.”

Gary G. Kohls who wrote about this period tells us that Christianity took root there. But in the 1600s, it quickly became the target of brutal Japanese Imperial persecutions. Within 50 years after the planting of Xavier’s mission church, it was a capital crime to be a Christian in Japan. The Japanese Christians who refused to recant their beliefs suffered ostracism, torture, and even crucifixions similar to the Roman persecutions in the first three centuries of Christianity. After the reign of terror was over, it appeared to all observers that Christianity had been completely stamped out.

However, 250 years later, Japan was being opened up for trade purposes, and it was discovered that thousands of baptized Christians still existed in Nagasaki, Japan. It was now the 1850s, and these homes, were completely unknown to the government. When they were identified, the government started another series of persecutions. However, this time, because of international pressures, the persecutions were soon stopped, and Nagasaki Christianity came up from the underground.

In a relatively short time, by 1917, the Japanese Christians had organized and built a massive Cathedral, calling it St Mary’s. By the 1940s, thousands of people professed to be Christians in Japan. It appeared to most that Christianity was beginning to be practiced openly, without fear of hostility and persecution.

However, early in the morning of August 9, 1945, a few young American Christians from another part of the world, met with two chaplains— one Lutheran and the other Catholic— for a little prayer meeting before they started their day’s work. After the prayer, these two American Christians climbed into their B- 29 Super Fortress long- distance bomber and began heading for Nagasaki.

Tragically, history records that St. Mary’s Cathedral was one of the very landmarks these American Christians had been told to look for as they flew into the target zone. Shortly after the pilot identified the cathedral, he ordered the atom bomb to be dropped.

At 11:02 a.m., as told in Kohl’s words, “Nagasaki Christianity was boiled, evaporated, and carbonized in a scorching, radioactive fireball. The persecuted, vibrant, faithful, surviving center of Japanese Christianity had become ground zero. And what the Japanese Imperial government could not do in over 200 years of persecution, American Christians did in 9 seconds.” The Christians of Nagasaki were wiped out.

This was and is the product of the idea that the United States of America is a christian nation and that it is acceptable for Christians of one nation to kill fellow christian of another nation if that nation declares that their cause is the “just” one. Even though war may be evil, it is a necessary evil so that good may prevail.

Listen to what the bible says about Christians who follow this kind of reasoning.

Romans 3:8 (NIV) [8] Why not say—as we are being slanderously reported as saying and as some claim that we say—“Let us do evil that good may result”? Their condemnation is deserved.

Think of the Roman soldier that cut off Paul's head. What if he was a born again professing follower of Jesus Christ. An ambassador of Christ, as if God were making His appeal through him. He is being compel by love, as Jesus commanded us, to love the family of God, our neighbor and our enemies. Could he truly be justified in committing this act of beheading Paul, another follower of Jesus Christ, because he is a citizen of the Roman Empire and was ordered to carry out this mission by Nero? Just because they told him it was for a “just” cause. Is that what Jesus would want us to do? Is that what it means to love your enemy as Jesus commanded us to do?

There are only two nations. The kingdoms of man and the kingdom of God. We cannot serve two master. Jesus said, “If you love me, you will obey what I command.” John 14:15 (NIV)

John 15:10 (NIV) [10] If you obey my commands, you will remain in my love, just as I have obeyed my Father’s commands and remain in his love.

Do we just follow Jesus in theory when it’s uncomfortable and literally when it’s easy?